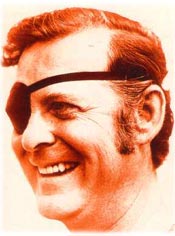 Maine music lovers will remember Dick Curless. The original “Ice Road Trucker” was driving the Allagash Wilderness and singing Country Music songs at Roadhouses, Bars and Dance Halls in Maine. A famous Mainer – although originally from Massachusetts, join us as we remember Dick Curless. Ask us about Maine or share comments. To feature your Maine business, contact us. 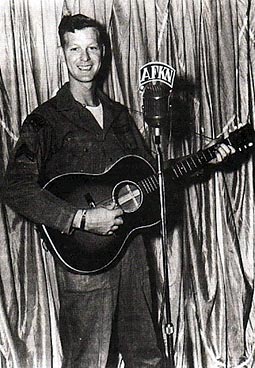 Many Korean veterans will remember the “Rice Paddy Ranger” – Dick Curless. Born in Fairfield, Maine, Dick’s deep baritone voice entertained US troops on the Armed Forces Radio Network during his days of being a soldier during the Korean War.

Curless was one of the first Country music singers to focus much of his music on “Truck Driving” songs. The original “Ice Road Trucker” often sang about dangerous roads and highway troubles.

Dick Curless returned to Maine in 1954, but it was in 1956 when he appeared on the CBS television show “Arthur Godfrey’s Talent Scouts” that his career blossomed. Curless toured throughout the country in the late 50’s and 1960’s returning to Maine occasionally to recover from exhaustion.

The biggest hit of Curless’ career was recorded in 1965 when “A Tombstone Every Mile” cracked the top-5 on the Billboard Country Charts. Curless toured with the Buck Owens All American Show from 1966 to 1968. In all, Dick Curless recorded twenty-two Billboard Top-40 Hits throughout his career.

Anyone who experienced a Dick Curless live performance will recall his deep, smooth voice and unique style.

Curless was referenced in the comic, Ghost Rider, when a demonic trucker, with a striking resemblance to Curless himself, plays an 8-track recording of “Tombstone Every Mile” while battling one of the Ghost Riders.

More than 16 years after his death, Dick Curless still has an international fan base. Curless’ music and videos are sold worldwide. The popularity of the Ice Road Trucker program has helped to expose his talent to an entirely new generation of fans.

His song “Bury the Bottle Withe Me” is mentioned in the book “Salem’s Lot” – written by another Mainer – Stephen King.