Launched from New York and Sunk in Havana Harbor Cuba

The USS Maine – the original naval ship named for the great state of Maine sank in Havana Harbor. The ship took longer than expected to build but sank in just a few minutes killing most of the American servicemen on-board. Read about the first ship called “The Maine”. Ask us about Maine or share your Maine comments. Feature your Maine business in Maine’s Internet Magazine, contact us.

The phrase was “Remember the Maine – The Hell with Spain”. The Spanish-American war began within the next year as Spain was blamed for the sinking of the first US Naval Ship to be named the USS Maine. 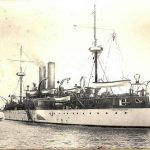 Controversy still surrounds the sinking of the USS Maine in Havana Harbor. The exact cause of the explosion that quickly sank the vessel is still unclear as to whether it was a mine or an internal blast. The fact remains on the evening of February 15, 1898 the Maine exploded suddenly and sank quickly killing nearly three-quarters of her crew.

Four ships of the United States Navy have borne the name USS Maine. This ship that sank in Havana Harbor was the first.

A gun recovered from the USS Maine is now located at Fort Allen Park on the Eastern Promenade of Portland, Maine. 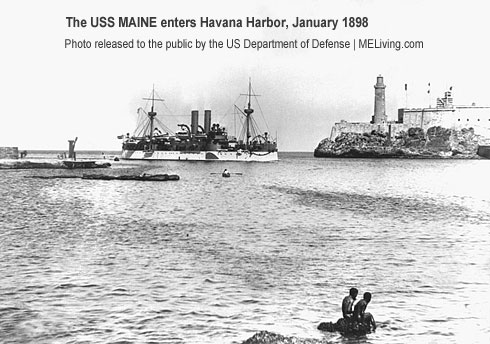